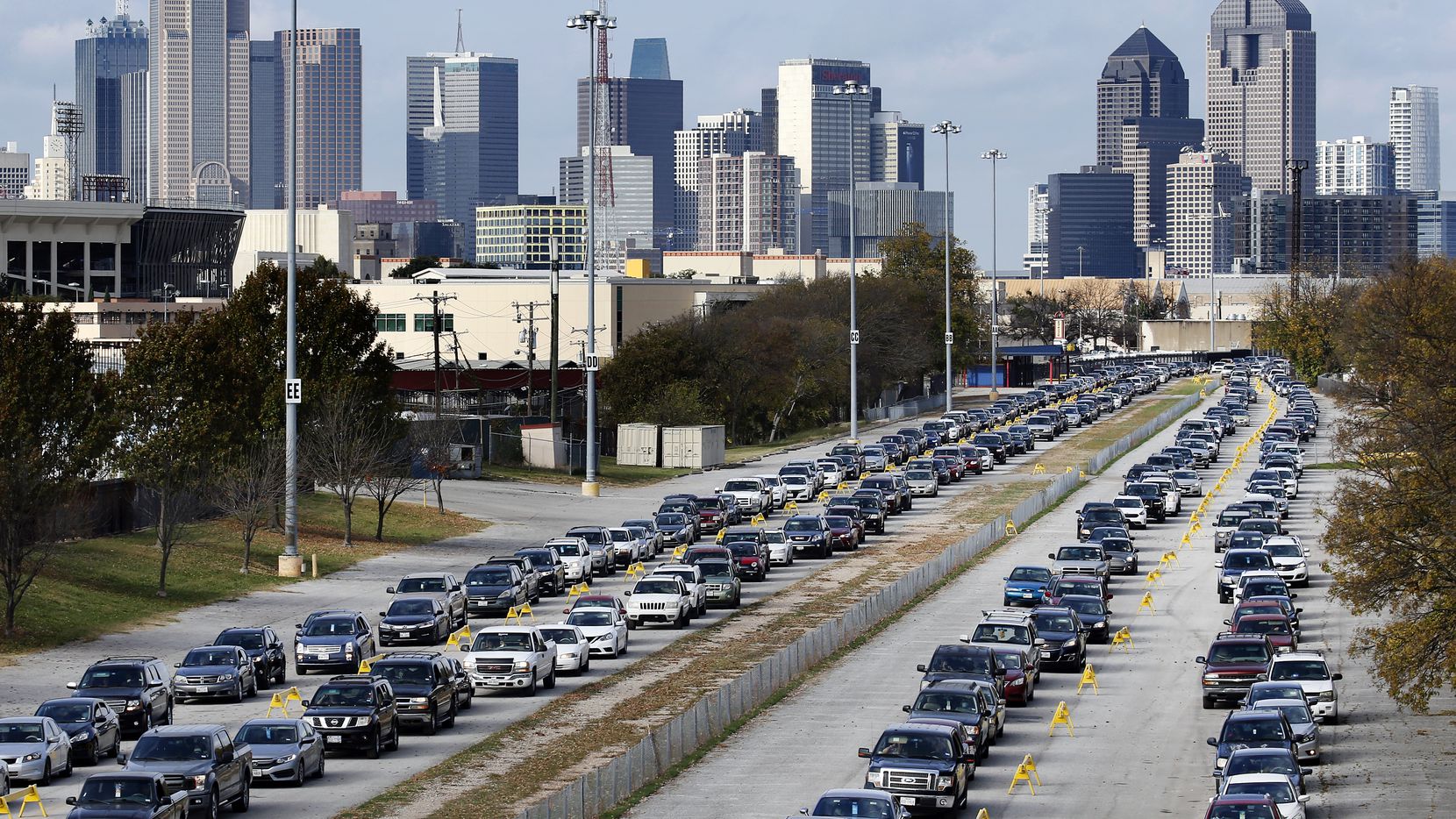 Thousands of families — including some who waited nearly 12 hours — turned out Saturday at the usually empty grounds of Fair Park for the North Texas Food Bank’s fifth and largest mega-distribution of food during the coronavirus pandemic.

Since the pandemic’s start in March, the NTFB has held several such events at Fair Park and helped put on many smaller events to alleviate the hunger and financial stress many families have faced.

During Saturday’s Thanksgiving-themed distribution, organized with help from such food bank partners as Fair Park First, Spectra and other groups, the agency handed out food to some 8,500 families. Before the pandemic, holiday giveaways would typically serve about 500 families.

Some 200 v,olunteers worked during the dawn hours to get the event ready and loaded food into U-Haul trucks to be delivered to local church groups. The food bank provides food to more than 250 nonprofits in 13 counties.

Castillo, 28, and his stepsons camped overnight in his car and were at the front of one of the lines — a far cry from one of the food bank’s summer distributions at Fair Park, when Castillo came and was greeted by long lines.

The Belize native said he got to Fair Park’s Gate 2 about 9 p.m. Friday and decided that they would wait it out.

“My phone is broken, so I told my wife, ‘If I don’t show up, don’t think the worst. It’s probably because I’m in line,’” Castillo said.

Thousands Off Food Stamps Vacates by Court under T…

$50K donation from Wells Fargo gets from NC food b…