Food Choices vary after one Evolutionary Gets Screwed

According to a recent study testing a long-held evolutionary theory, people have a cognitive architecture that appears to prioritize calorie-dense, energy-rich foods over low-calorie alternatives. 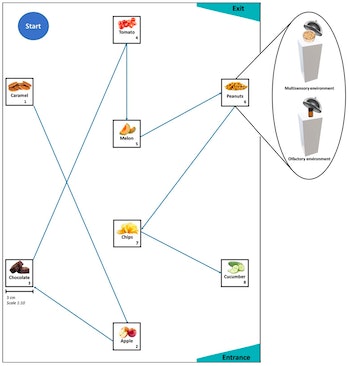 This human spatial memory system benefitted our hunter-gatherer ancestors who struggled to find food and is less compatible with modern environments complete with neighborhood Starbucks and abundant fast food. The study reasons that this spatial memory bias may drive us to overeat high-calorie foods, and contribute to public health problems like obesity, diabetes, and metabolic syndrome. "Human minds seem to be designed for efficiently locating high-calorie, energy-rich foods in our environment," study co-author Rachelle de Vries, a nutrition and health researcher at Wageningen University tells Inverse. "This memory bias may still influence how we navigate modern food settings today." For instance, it may lead us to more frequently choose potato chips over tomatoes in a supermarket, or visit fast food outlets more frequently, de Vries adds. "The high-calorie bias in spatial memory could negatively influence our eating behavior, within the context of the modern 'obesogenic' food environment, where high-calorie foods are already very available and accessible," she says. These findings were published Thursday in the journal Scientific Reports. Understanding their discovery, and how this cognitive system shapes food choices, could help us prevent this energy bias from hijacking our health in negative ways. FINDING FOOD — The research hinges on a long-held evolutionary theory that hunter-gatherers developed adaptive spacial memory to efficiently locate energy-dense food in "erratic" food habitats. "Our findings are based on the idea that locating valuable calorie-dense resources within a fluctuating food environment was an important and regularly occurring problem for our hunter-gatherer ancestors," de Vries explains. "As a result, those with a better memory for where and when high-calorie food resources would be available were likely to have a survival or fitness advantage." This spatial memory has been seen in many foraging animal species, but yet to be confirmed in humans. To test whether humans carry this same food location memory today, researchers set up a food maze in two separate rooms to mirror real-world navigation to find food. They recruited 512 participants at the three-day 2018 Lowlands Science festival in the Netherlands. Scientists instructed participants to follow a specific route within the rooms to sample an assortment of sweet and savory high- and low-calorie food stimuli at various pillars.
One room housed a multisensory environment where participants used vision, taste, and smell to sample eight food samples like apples, potato chips, cucumbers, and chocolate.
The second housed an olfactory environment, where individuals were instructed to only smell food scented cotton pads. As participants navigated the maze, they rated how much they liked each sample. After completing the maze, participants were then asked to indicate the location of each food or food odor sample on a map of the room. MAZE MAP — Overall mapping of foods was 243 percent more accurate when participants were presented with food samples rather than food-scented cotton pads. Across the board, participants were better at mapping high-calorie foods than low-calorie foods. Participants in the multisensory environment, presented with food samples, were 27 percent more accurate mapping high than low-calorie foods to the correct location. Those presented with food odor samples were 28 percent more accurate at mapping high than low-calorie foods. Interestingly, spatial memory was not affected by whether foods were sweet or savory, or how much participants liked each sample. "These results are exciting because they give us more insight into our cognitive architecture, or how human minds are 'wired' to respond to objects that had fitness-relevance in our evolutionary history," de Vries says. Scientists still don't know how much spatial memory bias shapes eating behavior. Of course, food choices are often much more complicated than what seems good at the time. Some people grab high-calorie foods out of necessity, due to financial resources, accessibility, or convenience. Along with those factors, it is possible that this cognitive system is guiding food choices — without people ever knowing. Enhanced memory of high-calorie foods could subtly lead people to gravitate towards them more often, and eventually, make them take on extra weight or suffer some negative consequences of poor diet. "We are currently busy with further unpacking how exactly the high-calorie bias in human spatial memory may directly or indirectly influence the foods we choose to regularly eat or the food locations we regularly visit," de Vries says. "Such insights are helpful to advise how we could protect against potential negative effects of the memory bias on eating behavior."
Tags
food habitats
high-calorie
low-calorie foods
savory
spatial memory

Consumer is the Largest Reason for Land Fillups