Guidelines for Diet gets Mixed Review 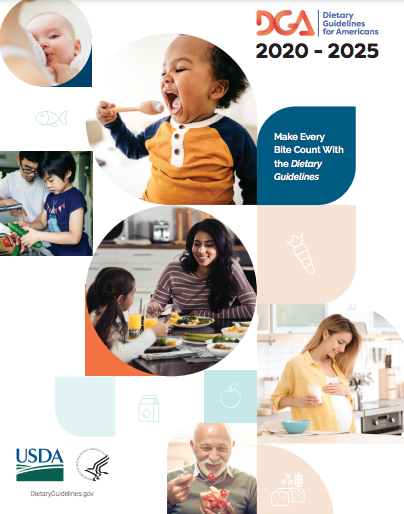 USDA and the Department of Health and Human Services have reaffirmed the role of beef and dairy in a healthy diet in the final 2020-2025 Dietary Guidelines for Americans, according to National Cattlemen’s Beef Association and National Milk Producers Federation.

The two groups issued statements on Tuesday following the release of the guidelines, which are updated every five years.

“Beef is one of America’s favorite foods, and science consistently shows lean beef can be a cornerstone in a variety of healthy diets,” Marty Smith, NCBA president, said.

“Now more than ever, the key to proper nutrition is giving people practical and realistic advice to help create balanced diets that work for them, featuring foods they love — like beef, which pairs perfectly with other nutrient-rich foods,” he said.

The latest update to the guidelines also restates dairy’s importance in healthy diets.

“The panel’s recognition that dairy is a key source of ‘nutrients of concern’ in U.S. diets is especially important,” said Jim Mulhern, NMPF president and CEO.

“During a time of food insecurity and concerns about nutrition among Americans, dairy is a readily available solution to clearly identified public-health challenges,” he said.

While the guidelines reaffirm the central role of dairy in a healthy diet, NMPF will continue its efforts to broaden consideration of the latest science on dairy fats in the next dietary guidelines process.

Another group, however, took issue with the guidelines.

The Nutrition Coalition, a nonprofit group of public health advocates, is concerned the guidelines address only a minority of Americans and not the 60% with at least one diet-related chronic disease.

“This narrow scope fails to meet the congressional statute that the DGA address the general public,” Nina Teicholz, the coalition’s executive director, said in a press release.

“The general public is now ill, afflicted with chronic disease, and we have a national nutrition policy that ignores them,” she said.

The policy is scoped for disease prevention only and ignores the 60% of the population diagnosed with one or more chronic diseases, including heart disease, obesity and diabetes, she said.

The guidelines broadly influence policy followed by healthcare practitioners, educators, media outlets and the military. They drive food choices for the $100 billion spent by USDA on nutrition assistance programs for school lunches and food assistance programs for the elderly, women with infant children and disadvantaged communities, the coalition said.

“The populations in these USDA programs have significantly higher rates of diet-related conditions, and yet the foods delivered to them are arguably inappropriate for their diseases,” Teicholz said.

The coalition has called for increased transparency, a more rigorous scientific process and the need for the guidelines to be more applicable to all Americans, including people with chronic diet-related diseases.

The coalition also takes issue with the nondisclosure of potentially significant conflicts of interest on the expert committee, including members with ties to Nestle, Merck & Co., ConAgra, Dannon, Monsanto and infant formula and baby food companies.

A new Health Advisory Commission is Formed by Tenn…

For the First Time Coca Cola will Launch its Alcoh…

People can Enjoy Cocktails from anywhere in the wo…

How livestock sector transformation can contribute…

visibility
close How livestock sector transformation can contribute to achieve the SDGs is focused by FAO Committee
visibility
December 11, 2020 more_vert