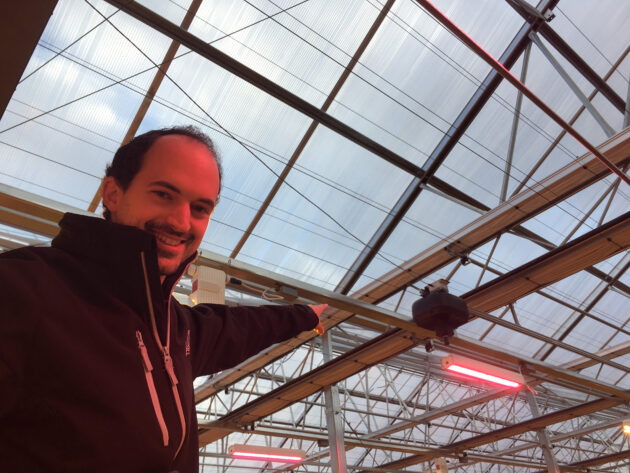 Seattle startup iUNU raised another $7 million to help grow its AI and computer vision tech used in greenhouses. The 7-year-old company will use the fresh funding to meet demand for its agriculture software platform. Dozens of indoor greenhouse operators across North America use iUNU to monitor their crops. The company’s system called LUNA uses autonomous rail-mounted cameras and canopy level sensors to assess plants, measure growth rates, detect small changes, flag potential problems, and recommend specific actions. LUNA runs on computers and mobile devices, allowing greenhouse operators to access their analytics remotely, giving them more control over the production of food crops and other plants. The system improves over time as it collects more data. iUNU got its start developing high-tech, energy efficient plasma grow lights for use in greenhouses. It began to work on LUNA by building the AI system into those lights, before realizing that customers wanted the AI on its own. The company spent three years developing and testing the LUNA system in large-scale commercial greenhouses. Most of its clients come from the produce and ornamental industries. The startup is aiming to have more than 100 customers next year. “Rising consumer demand is accelerating the growth of the greenhouse industry, but the massive shortage of both growers and manual labor requires a scalable machine vision solution to further the supply,” iUNU CEO Adam Greenberg said in a statement. Greenberg, the son of a botanist, attended the University of Washington and was co-founder of a clean water startup called Pure Blue Technologies, which won the UW Business Plan competition in 2013. He grew up in San Francisco and worked at Amazon from 2011 to 2013. S2G Ventures and Ceres Partners led the round, which included participation from Serra Ventures. Total funding to date for iUNU is $25 million. The 30-person company raised a $7.5 million round in February 2019. It was also a participant in the inaugural cohort of the 5G Open Innovation Lab. Cristina Rohr, principal at S2G Ventures, will join the company’s board. Andrew Howell, vice president at Ceres Partners, will become a board observer.
Tags
Business Plan
iUNU
LUNA
plasma
University of Washington

Americans will be healthy, if they eat right Food …

Dunkin- A spot where you can Get Free Iced Coffee …

visibility
close Dunkin- A spot where you can Get Free Iced Coffee on Wednesday
visibility
December 14, 2020 more_vert

Georgia congressman is Set to head US House Agricu…