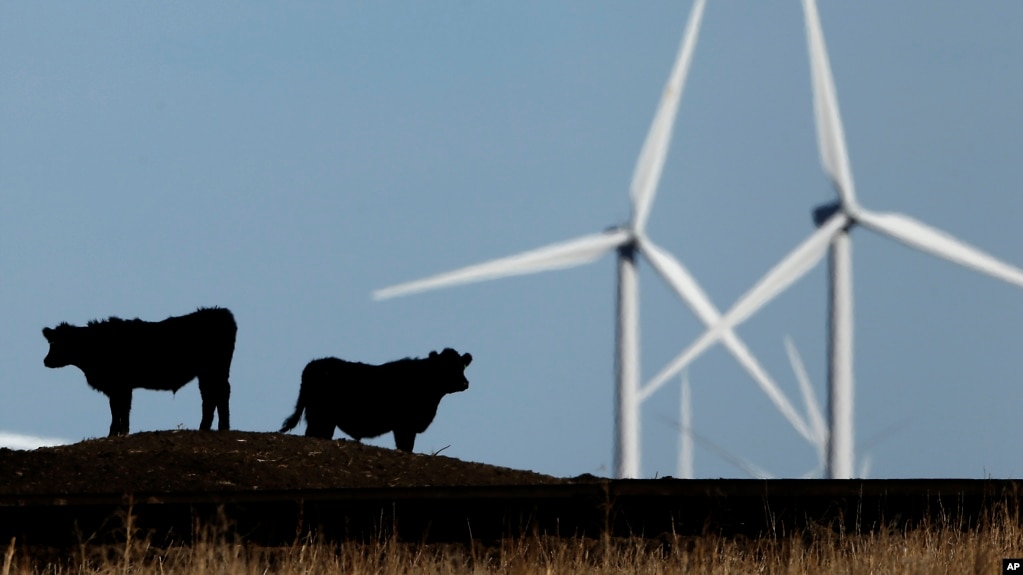 Most of the efforts aimed at reducing climate change center on reducing the use of fossil fuels. But a new study warns that pollution caused by the world’s food production system is also a major driver of rising temperatures on the planet.

The study found that if the world food system stays on its current growth path, it will produce nearly 1.4 trillion metric tons of greenhouse gases over the next 80 years.

That pollution is expected to come from fertilizers used in agriculture, mismanaged soil, food waste and methane gas released from cows and other animals. Other causes include land-clearing operations and deforestation.

A main goal of the 2015 United Nations Paris Agreement on climate change is to keep rises in the Earth’s temperature during this century to between 1.5 to 2 degrees Celsius. The U.N. has said that in order to stay below the 1.5 Celsius level, emissions must fall at least 7.6 percent each year through 2030.

The new study calls for immediate “improvements in farming practices, as well as changes in what we eat and how much food we waste,” to help reach the Paris Agreement goals.

Jason Hill is a professor of biosystems engineering at the University of Minnesota. He helped lead the study. He said in a statement that the research clearly demonstrates that food has a much greater effect on climate change than is widely known.

Hill also noted that fixing the problem would not require the world’s population to completely stop eating meat. “The whole world doesn’t have to give up meat for us to meet our climate goals,” he told the Associated Press. “We can eat better, healthier foods. We can improve how we grow foods. And we can waste less food.”

The researchers say such efforts are achievable and can also lead to many other improvements beyond controlling climate change. These include making humans healthier, reducing water pollution, improving air quality, preventing animal extinctions and improving farm profitability.

The study makes the following predictions:

A nearly complete change to a plant-rich diet around the world could cut nearly 650 billion metric tons of greenhouse gases.

If almost everyone ate the right number of calories based on age – around 2,100 calories a day for many adults – it would reduce emissions by about 410 billion metric tons.

And if people wasted less food – at home, in restaurants or by getting it to people in poorer countries – emissions could be cut by about 360 billion metric tons.

Bryan Lynn wrote this story for VOA Learning English, based on reports from The Associated Press, Agence France-Presse, the University of Minnesota and the United Nations. Ashley Thompson was the editor.

See how Thanksgiving is affected by covid-19

visibility
close See how Thanksgiving is affected by covid-19
visibility